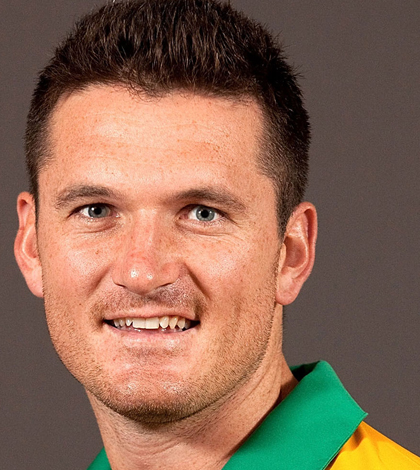 DUBAI: South Africa captain Graeme Smith, whose team have not lost an away series for seven years, believes the Proteas deserve more respect for their achievements on the road.

Their emphatic innings and 92-run win in the second Test over Pakistan in Dubai on Saturday, which levelled the series at 1-1, also allowed them to enhance their Test number one status.
Since their 2-0 loss to Sri Lanka in 2006, South Africa have travelled to India (twice), United Arab Emirates to play Pakistan (twice), England (twice), Australia (twice) and once to New Zealand, Pakistan, Bangladesh and the West Indies, not losing a series.
“I think we have got a lot to do to be compared with great teams, but for us to have that record away from home is an extremely proud one to have,” said Smith, now in his 10th year as captain.
“I don’t think many teams in current world cricket can travel as well as we do and be able to perform in all the conditions, the pressures, the environments that you face on the road.
“I certainly don’t think the team gets enough credit for that, it’s an immense record and one we are proud of.”
Smith said that beating Pakistan in their new fortress of the United Arab Emirates was creditable.
“This is the first match they have lost in these conditions. They had England come here as world number one Test team and we travelled here in 2010,” said Smith of Pakistan’s 3-0 whitewash of England last year.
South Africa drew a two-match series 0-0 in 2010.
Pakistan’s defeat against South Africa was their first in the UAE in 10 Tests.
“I think their batters are far more comfortable in these conditions with less pace and bounce. They always play spin really well, they seem to be comfortable even though Imran bowled well,” said Smith of leg-spinner Imran Tahir who took eight wickets in Dubai, including a career best 5-32 in the first innings.
“It’s his first trip here and it was great to see him bowl,” said Smith of Tahir who was born and brought up in Pakistan before moving to South Africa.
Smith also praised Tahir’s comeback after the slow bowler was mauled in his last Test in Australia in 2011.
“I think he showed an immense amount of character to bounce back from his performance in Adelaide and it epitomises the type of group we have, we have a group of players who can respond,” said Smith.

Author adminPosted on February 3, 2014May 23, 2014
LAHORE: In the winter of 2011, Antonela Maria Obreja visited Pakistan for the first time. So impressed she was by the standard of the...
Read More