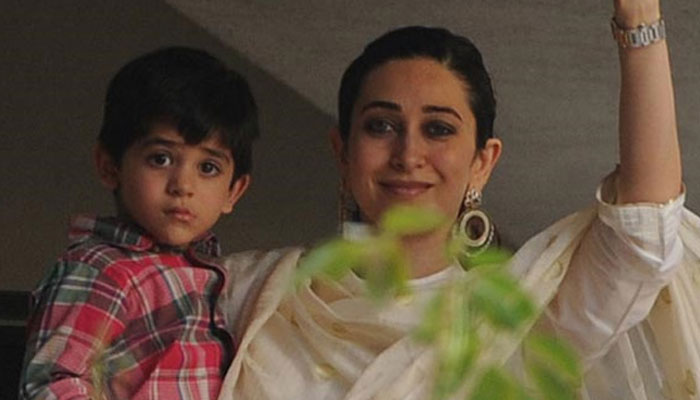 Mumbai: Sunjay Kapur has held estranged wife Karisma Kapoor for the trouble in their eleven year long marriage in a new divorce petition filed in a Bandra family court and has alleged that the actress tied the nuptial knot with him for money!

According to a report in Mumbai Mirror, Kapur, in his divorce petition has accused Karisma of “cruelly depriving” his father access to his children Samaaira and Kiaan.

Sunjay has also accused Karisma of using their children as “pawns” and not letting him meet them in a bid to claim money.

“The respondent (Karisma) has failed not only as a wife and daughter-in-law, but also as a mother,” Mumbai Mirror quoted the petition in the report.

The custody of the children is still under dispute.

However, Karisma’s advocate has rubbished all the allegations.

“We will tell the court that he is causing great harm to the children’s welfare by spreading false stories. We don’t want trial by media,” the tabloid quoted Kranti Sathe, Karisma’ lawyer as saying.

Twitter sued by US widow for giving voice to Islamic State

Author adminPosted on April 17, 2013May 6, 2013
Hrithik Roshan is all praises for hisBang Bang co-star Katrina Kaif. He said recently that she works “like a man”, and he meant it...
Read More

John Abraham: MADRAS CAFE Is Not About Sri Lanka

Author adminPosted on September 12, 2013
From its very poster that has a map of Sri Lanka imprinted on it to the stage and setting that the film carries, one...
Read More

Author syncmagPosted on May 6, 2013May 7, 2013
Romance is an everlasting element of Bollywood love stories, but love has no boundaries. Our B’town celebs, who romanced each other on reel turned...
Read More
Sync Tainment
Author syncmagPosted on March 14, 2013April 11, 2013
Mumbai: From a lanky loverboy in ‘Phool Aur Kaante’ to the very dangerous Sultan in ‘Once Upon A Time in Mumbaai’, Ajay Devgn has...
Read More