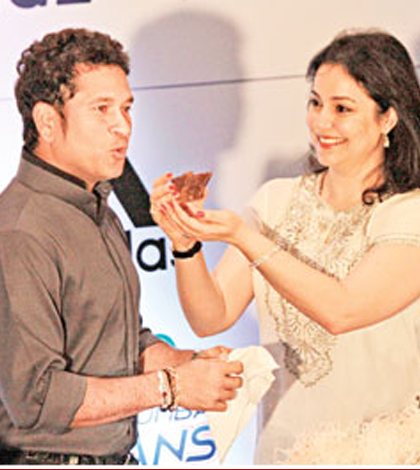 Sachin Tendulkar celebrated his 40th birthday on Wednesday, 24 April with a nation of cricket fans willing the man they affectionately call “The Little Master” to another year in his prolific international career.Tendulkar, holder of most of the world’s batting records including most runs and centuries in Tests and One-day Internationals retired from limited-overs cricket last year but continues to play Tests despite watching contemporaries like Ricky Ponting, Rahul Dravid and VVS Laxman all step down over the past year.Most leading Indian newspapers dedicated huge space to Tendulkar in their sports pages, along with columns by former players.Television channels broadcast programs dedicated to his achievements since his international debut in Pakistan as a 16-year-old in 1989.

Author adminPosted on October 23, 2013
LAHORE: The Pakistan Cricket Board must start paying its players more money for Test appearances, according to top spinner Saeed Ajmal. Ajmal a private...
Read More

Author adminPosted on May 13, 2013
ALASTAIR COOK will have Essex pal Ravi Bopara alongside him as he looks to guide England to their first ever 50-over international trophy this...
Read More