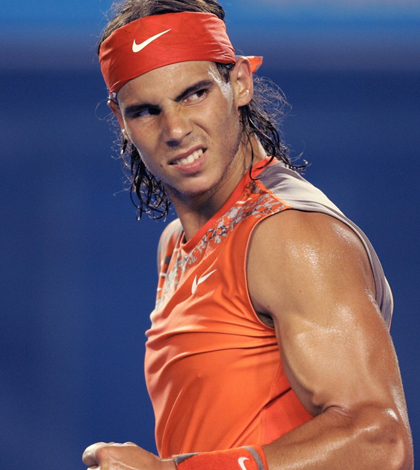 Nadal cemented his return from a seven-month injury layoff with his first hard court title since 2010.
He came back in February to post a runner-up finish in Vina del Mar, followed by victories at Sao Paulo and Acapulco. But none of those modest clay court tournaments posed the challenge he faced at Indian Wells, where the field featured 49 of the top 50 players in the world. (AFP)

Author adminPosted on July 28, 2017September 13, 2017
It was a major victory for Pakistan who won the Champions Trophy for the first time in their history. To make it even more...
Read More

Author syncmagPosted on March 28, 2013May 7, 2013
MIAMI: Sania Mirza kept the Indian hopesalive by progressing to the women’s doubles quarterfinals even as country’s challenge ended in the men’s doubles with...
Read More
Sync Sports
Author syncmagPosted on March 14, 2013April 11, 2013
CENTURION: South Africa completed a series clean sweep when they beat Pakistan by an innings and 18 runs on the third day of the...
Read More