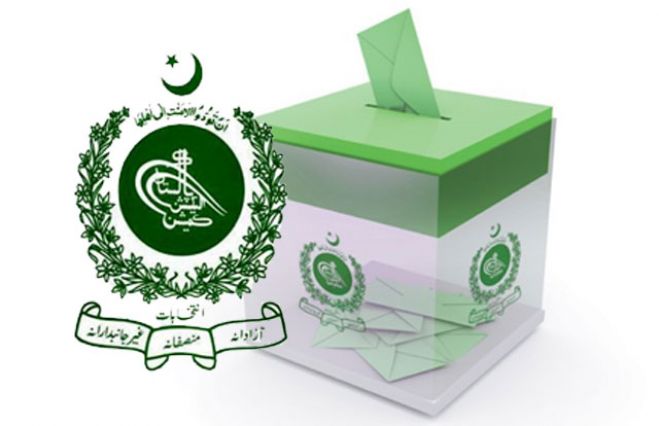 HARIPUR: The Election Commission of Pakistan (ECP) has decided to introduce the biometric system at 30 out of NA-19, Haripur’s 537 polling stations on an experimental basis during the upcoming elections scheduled for August 16.

Senior ECP officials dealing with the election and information technology system in Islamabad visited the DC Haripur office and held a meeting with representatives of all nine candidates and apprised them of the commission’s plans of introducing biometrics. After a long discussion, the candidates’ representatives signed a document of consent. The ECP officials assured them that in case the voting machines do not verify thumb impressions, voters will be allowed to cast ballots manually, after verification from polling agents.

The poll is being held following the Supreme Court of Pakistan’s directive that ended the 17-month-long legal battle between the candidates of PML-N and PTI.

In-Sync
Author adminPosted on December 11, 2014December 11, 2014
With a capacity of hosting over 500 students and equipped with state of the art facilities, FESF proudly inaugurated its Rashidabad Deaf Reach School...
Read More
In-Sync
Author adminPosted on January 15, 2016January 15, 2016
Washington: Twitter Inc is being sued by the widow of an American killed in Jordan who accuses the social media company of giving a...
Read More

Author syncmagPosted on May 17, 2013May 17, 2013
PARIS: French actor Alain Delon will be honoured at the Cannes film festival later this month with a screening of “Plein Soleil”, Rene Clement’s...
Read More
In-Sync
Author syncmagPosted on March 28, 2013April 11, 2013
LAHORE: The Punjab Assembly’s parliamentary committee will reconvene to continue deliberations on the appointment of a caretaker chief minister. Earlier on Tuesday it was...
Read More

Author adminPosted on May 27, 2013
QUEBEC — The Quebec government has tabled legislation which could impose a moratorium on exploration for shale gas in the St. Lawrence River valley...
Read More
In-Sync
Author syncmagPosted on March 19, 2013April 11, 2013
LAHORE: Christians staged protest demonstrations and rallies in cities around the country, including Lahore and Karachi, on Sunday to condemn the mob that torched...
Read More