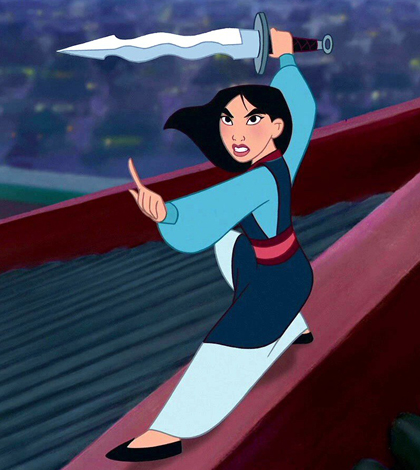 You know their names and you know their stories. And whether you grew up loving or loathing the Disney Princesses, there’s no denying that they’re a fixture of our culture. But, as new research suggests, they may be affecting us in ways we aren’t always aware of especially when it comes to gender stereotypes.
For the study, published online earlier this month in the journal Child Development, researchers assessed how much time 198 preschool kids spent with Disney princess-themed items. That included watching movies and TV shows as well as playing with princess-related toys. The researchers also took note of how happy the kids were with their bodies, what other toys they favored, and the extent to which they displayed gender stereotypical behavior (such as playing house or dress-up for girls and playing sports for boys). The students were also tested again a year later.

Results showed, predictably, that boys tended to spend far less time with princess stuff than the girls. But for both boys and girls, more princess time was associated with more stereo typically feminine behavior. Unfortunately, when parents discussed the princess shows and movies with their kids, the effects on girls were strengthened. And girls who initially had poorer body image ended up spending more time with princess stuff a year later, suggesting they were seeking out the princesses as role models. In boys, the finding was reversed: Those who spent more time engaging with princess stuff actually had a more
positive body image later on if their parents intervened. Although there’s certainly nothing inherently wrong with expressing those stereo typically female behaviors and traits, they can become problematic if girls start to feel limited by them. “We know that girls who strongly adhere to female gender stereotypes feel like they can’t do some things,” said the study’s lead author, Sarah M. Coney, PhD, in a press release. “They’re not as confident that they can do well in math and science. They don’t like getting dirty, so they’re less likely to try and experiment with things.”

Of course, there’s a lot going on here, and it’s difficult to know exactly how much of these effects
are due specifically to Cinderella and Snow White. For instance, boys who grow up with parents who
are totally cool with them playing with Princesses are probably growing up in more supportive homes overall, making the princesses just one factor that contributed to their sense of self-esteem. Still, there’s no denying the appeal of Disney princesses for kids or far into adulthood, for that matter. As this study’s authors point out, the princesses are often some of the first major places we encounter society’s idealized body types, gender roles, and relationship dynamics. But it’s precisely because they’re such an iconic part of our culture that we should be careful about the way we’re presenting them.

“Disney princesses represent some of the first examples of exposure to the thin ideal,” said Dr. Coney. “As women, we get it our whole lives, and it really does start at the Disney princess level, at age 3 and 4.” And that means we need to start questioning those ideals just as early.

Author adminPosted on November 2, 2016September 14, 2017
Good Stance: The way you carry yourself represents your personality. People with slumped shoulders and sluggish movements display a lack of self confidence. They...
Read More

Author adminPosted on November 5, 2013November 5, 2013
Written By: Suraj Rajwans There is a lot to offer in fall this month. Especially the fact that we will get to present ourselves...
Read More

5 Most Overrated Exercises You Can Stop Doing

Author syncmagPosted on May 7, 2013May 9, 2013
You’re a busy person, right? You want your time at the gym to be well spent, not wasted on exercises that won’t get you...
Read More

Author syncmagPosted on May 17, 2013May 17, 2013
Most of us get angry at times — often over things that on reflection seem trivial. But if you are feeling frustrated often, yelling...
Read More