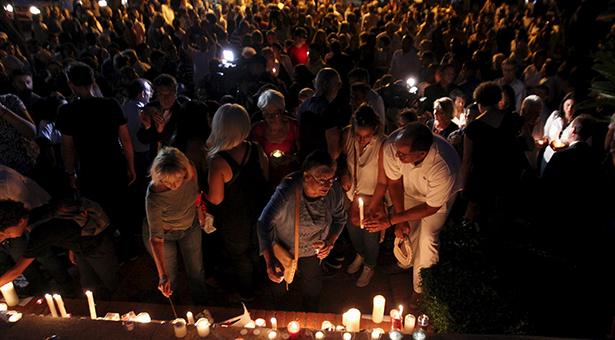 Turkey warned France almost a year ago over a suspected Islamic State (IS) militant who blew himself up in the bloody Paris attacks but the French authorities did not respond, a senior Turkish official said on Monday.

Turkish police “notified their French counterparts twice — in December 2014 and June 2015” about Omar Ismail Mostefai, the official told AFP, asking not to be named.

“We did, however, not hear back from France on the matter,” added the official.

Identified by his finger, which was found among the rubble of the Bataclan concert hall, the 29-year-old Mostefai was one of three attackers, all wearing suicide vests, at the venue where 89 people were killed in the bloodiest scene of the carnage.

Born on November 21 1985, in the poor Paris suburb of Courcouronnes, Mostefai´s criminal record shows eight convictions for petty crimes between 2004 and 2010, but no jail time.

The Turkish official confirmed that Mostefai entered Turkey from the northwestern province of Edirne that borders EU members Greece and Bulgaria in 2013.

“There is no record of him leaving the country,” said the Turkish official.

The official said that French authorities had only showed interest in Mostefai after the attacks.

“It was only after the Paris attacks that the Turkish authorities received an information request about Omar Ismail Mostefai from France.”

He said that on October 10, 2014, Turkey received an information request regarding four terror suspects from the French authorities, but not for Mostefai even though he had been identified by Turkey as a potential terror suspect.

Man made Intelligence vs Man Head

The Street Store arrives in Karachi

Author adminPosted on September 8, 2015
VICTORIA – At least 500 British Columbia aboriginal leaders are set to meet this week with Premier Christy Clark on how all sides can...
Read More

Author syncmagPosted on May 13, 2013May 13, 2013
With content being the core strength of any fashion week in the world, Pakistan Fashion Design Council established the PFDC Sunsilk Fashion Week (PSFW)...
Read More
In-Sync
Author syncmagPosted on March 19, 2013April 11, 2013
PANAJI, India: India’s Catholics may account for less than two per cent of the country’s population but they will be Asia’s most powerful voice...
Read More

Author syncmagPosted on May 13, 2013May 13, 2013
DUBAI: A fan jumped on stage at a Justin Bieber concert in Dubai, sparking a scramble as guards tackled the youth and toppled a...
Read More

Author adminPosted on June 5, 2013
LONDON: Two Pakistani girls who married each other under new British laws have applied for political asylum in the UK claiming their lives would...
Read More
In-Sync
Author syncmagPosted on March 19, 2013April 11, 2013
PESHAWAR: The Pakistan Tehreek-e-Insaf (PTI) chief Imran Khan on Sunday criticised the Punjab government for the violence against Christians and said the Badami Bagh...
Read More