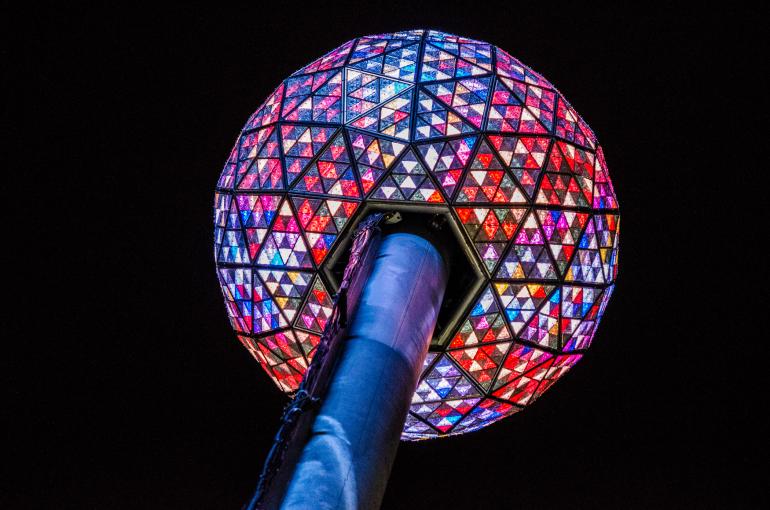 NEW YEAR TRADITIONS ACROSS THE WORLD: Around the world, people ring in the New Year with their own traditions. Countries around the world hold traditions that are very different from those in India. In some countries it is customary to eat fruit at midnight, while others throw around household objects.

Here are some of the ways people from around the world employ in their New Year’s celebrations:

*In Ecuador, people dress up a scarecrow to represent all the bad things that have happened over the year. The effigy is burnt close to midnight to destroy bad luck.

*In nearby Puerto Rico, people throw buckets of water out of the window to wash away the old year.

*In certain parts of Chile people celebrate the New Year with relatives who are no more with them. So hundreds of people sit on chairs near the graves of their deceased relatives waiting for the New Year to dawn.

*In Poland, there is a tradition of having pickled herring at the stroke of midnight. This is because the silver scales of the fish is expected to bring in prosperity.

*In Spain, it is customary to have 12 grapes at midnight with each bell strike. Called Las doce uvas de la suerte, or the the twelve grapes of luck, this tradition owes its origin to wily vine growers who wanted to sell more grapes.

*In Ireland, unmarried women are known to sleep on New year’s Eve with a mistletoe under their pillow in a bid to find love in the coming year.

*In Austria, all radio stations broadcast the tolling of the St Stephen’s Cathedral. This is followed by a rendition of the Blue Danube or An der schönen blauen Donau, a waltz by composer Johann Strauss II.

*In Hillbrow, Johannesburg, people throw furniture out of windows of tall buildings to ring in the new year.

*In Siberia, there is a custom where revelers dive into a frozen lake carrying a tree. The tradition has been going on for generations.

*In Germany, there is a more sober way of welcoming the new year. As per the tradition, Germans watch old British comedy sketches on the eve of New Year.

Author adminPosted on June 25, 2016
A new surge in sleep science suggests that 10 minutes of midday shut-eye could be the ultimate wellness-booster. It’s a fact of life: Nonstop...
Read More
Sync Potpourri
Author syncmagPosted on March 14, 2013April 11, 2013
Simple things in life can go a long way in ensuring that you are at your best always. Try these tips and see the...
Read More

Author syncmagPosted on May 7, 2013May 9, 2013
Researchers also looked at its effect on stress and inflammation in older adults. A simple form of meditation can help stave off feelings of...
Read More

Things You Can Do With Your Tax Money

Author adminPosted on August 5, 2013August 5, 2013
Tired of hearing about what not to do with your tax refund? Here’s a look at 5 smart and actually powerful things you can...
Read More

Author adminPosted on February 7, 2014May 23, 2014
Re-Defining one of Europeans Ancient Cultural celebrations, PUBCRAWLING! Dating from as far back as 1915 where it first started simply defined as a drinking...
Read More