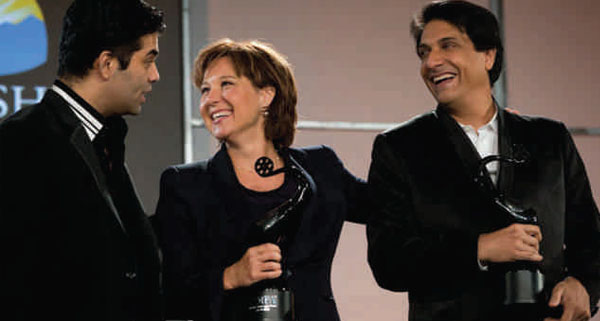 B.C. Premier Christy Clark has confirmed the province will spend $9.5 million to host the first-ever Times of India Film Awards at BC Place in Vancouver this April. Rumors about announcement had been circulating since last week, but on Tuesday morning Clark announced events linked to the awards will be held across metro Vancouver from April 4 to 6. Clark said hundreds of millions of people are expected to watch the Bollywood awards on television, along with added exposure in the various publications of the Times Group. “This is a tremendous economic opportunity for British Columbia to reach new markets — one that we will take advantage of,” said Clark. The government will spend an additional $1.5 million to host a B.C.–India business forum and other trade events during the awards. Altogether the events are expected to generate between $13 million and $18 million in spending in B.C., said Clark.

Author syncmagPosted on February 14, 2013February 14, 2013
Mumbai: Actor Salman Khan will be tried for culpable homicide not amounting to murder for a 2002 hit-and-run case, a court in Mumbai ruled...
Read More

Author adminPosted on November 20, 2013May 23, 2014
“There is no link” between charter and sovereignty, she says MONTREAL — Pauline Marois made the case for Quebec sovereignty on Sunday, arguing that...
Read More

Author syncmagPosted on May 17, 2013May 17, 2013
LAHORE: Nawaz Sharif on Monday said his government would establish friendly ties with India, adding that he would invite Indian Prime Minister Manmohan Singh...
Read More

Author adminPosted on June 24, 2013
SHAB-E-BARAT is the auspicious night for the Muslims, the night of reverence, fervour and divine blessings is being observed tonight. Shab-e-Baraat, the night of...
Read More