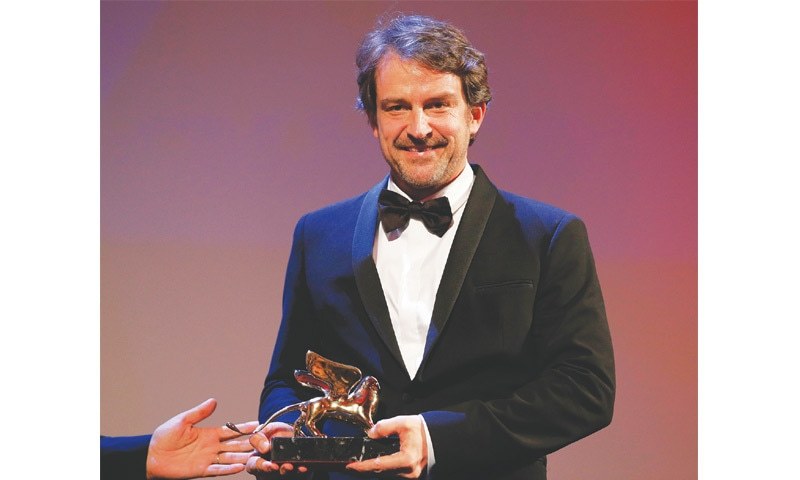 VENICE: Venezuelan film “Desde Alla” (From Afar), a drama that deals with repressed gay love, won the top Golden Lion prize at the Venice Film Festival on Saturday on a night to remember for Latin American cinema.

The debut feature by director Lorenzo Vigas was picked as best film by a jury chaired by Mexican director Alfonso Cuaron from a selection of 21 films from around the world.

The Silver Lion for best director went to Argentina’s Pablo Trapero for “The Clan”, a crime movie based on a real-life story of a prosperous family of kidnappers in Buenos Aires which has been a huge hit on home soil.

Sync Tainment
Author syncmagPosted on March 15, 2013April 11, 2013
Aamir Khan is all set to lock lips with the Peekay babe Anushka Sharma. If buzz is to be believed, Peekay will see Aamir...
Read More

Author syncmagPosted on January 16, 2013January 17, 2013
“Matru Ki Bijlee Ka Mandola” is a political satire. The film begins with Mr. Mandola and his drinking companion, Matru, creating havoc. “Matru Ki...
Read More
Sync Tainment
Author syncmagPosted on March 15, 2013April 11, 2013
We all know that Katrina Kaif has been advertising for the soft drink brand,Slice since 2008. Now this time we have Shahrukh Khan, who...
Read More

Author adminPosted on June 10, 2013June 10, 2013
Jiah Khan’s mother Rabia Khan had publicly revealed the ‘suicide note’ in which Jiah has blamed Suraj Pancholi and their troublesome relationship for all...
Read More
Sync Tainment
Author syncmagPosted on March 14, 2013April 11, 2013
MUMBAI: Priyanka Chopra has refused to sing for Bollywood films. Priyanka said she had the desire to sing but was restricted by her contract.Fans...
Read More