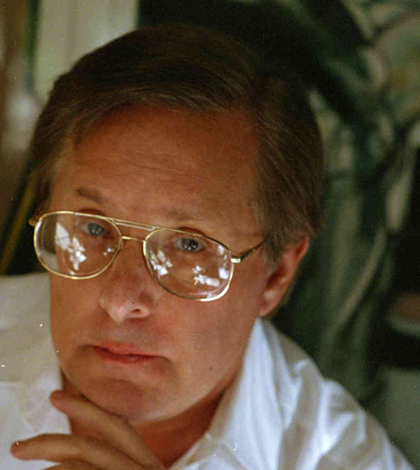 VENICE: US film-maker William Friedkin, who petrified cinema-goers with “The Exorcist”, was awarded a lifetime achievement award by organisers of the Venice film festival on Thursday.

He also won an Oscar for best director for “The French Connection”. His most recent film, “Killer Joe”, a black comedy, was presented at the Venice festival in 2011 and a restored version of his 1977 thriller “Sorcerer” is being shown at the 70th Venice film festival, which started on Wednesday.

The festival organisers, in awarding Friedkin, 78, the Golden Lion for Lifetime Achievement, lauded the Chicago-born director, producer and screenwriter for “basically inventing the modern blockbuster”.

“William Friedkin has contributed in a prominent way to the profound renewal of American cinema regarded as ‘the New Hollywood’,” the festival’s website said.

Friedkin was briefly married to French actress Jeanne Moreau in the 1970s. In the 1990s he turned his attentions to staging grand opera, notably Verdi’s “Aida” in Italy and Camille Saint-Saens’ “Samson and Delilah” in Israel.

Author adminPosted on January 4, 2016
Bahrain has announced it is severing diplomatic ties with Iran, following a similar move by Saudi Arabia. Saudi Arabia on Sunday gave Iranian diplomats...
Read More
In-Sync
Author adminPosted on January 15, 2016January 15, 2016
Washington: Twitter Inc is being sued by the widow of an American killed in Jordan who accuses the social media company of giving a...
Read More

Author adminPosted on October 19, 2015
Canadians have started voting in fiercely-contested parliamentary elections that could give them their first new leader in nearly 10 years. Incumbent Conservative PM Stephen...
Read More
In-Sync
Author adminPosted on April 17, 2013May 7, 2013
LAHORE: Former Punjab Chief Minister Shahbaz Sharif claimed on Sunday there was a coordinated effort to keep him and his brother out of parliament...
Read More