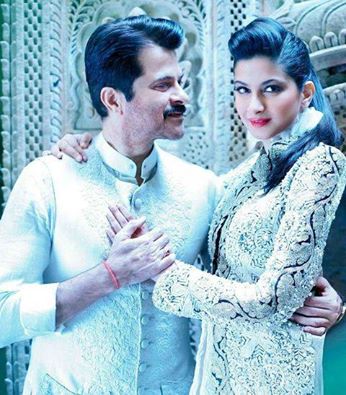 Anil Kapoor and daughter Rhea Kapoor will partner with Virgin Produced India to produce Karan Boolan’s directorial debut. The untitled project is said to be India’s first teen comedy which will showcase urban teens who meet during their freshman year at an American university.

Rhea Kapoor confirmed the news to a leading daily and said that the project was with them since a while. The film reflects the voice of the newer generation. Anil’s daughter admits that they have taken a risk with the project and are unsure if it’ll work. But since they are passionate about the film, they have taken it up. The film will be made for the global audience and not just for the Bollywood or Hollywood markets.

When asked if the film will revolve around teen’s sexuality like the American series Ameican Pie, Rhea said that sex is an integral part of growing up but the film will not just be about that.

The film will also have music by the maestro AR Rahman. Rhea is currently working with him on the album. She says that Anil Kapoor and Rahman will help nurture talent for the film. The star-cast will be fresh and will have a mix-bag of both Indian as well as international actors.

Author syncmagPosted on February 4, 2013February 13, 2013
An audience member pre question remarked to Anil Kapoor, “I keep get older and you keep get younger.” Laughter all around, the statement was...
Read More

Author adminPosted on December 2, 2014
Rihanna has always had a bit of a love-hate relationship with Instagram, which kind of explains why she took to Twitter (earlier this month)...
Read More
Sync Tainment
Author syncmagPosted on March 25, 2013April 11, 2013
Shah Rukh Khan is known for his larger-than-life acts is well known. The same was ‘experienced’ by director Rohit Shetty on the eve of...
Read More