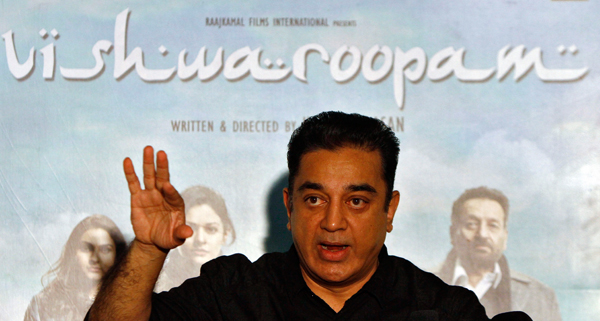 New Delhi: Kamal Haasan’s mega-budget film Vishwaroopam, which is fighting a ban in Tamil Nadu, is set for release in theatres across India today.The Hindi version of the Rs. 95-crore film, titled Vishwaroop, will be screened across northern India. It was shown by special invite in Mumbai yesterday evening.The film ran into trouble in Tamil Nadu after Muslim groups protested that it showed the community in poor light. Just before its release last week, the Tamil Nadu government banned the movie for two weeks, and this has been upheld by the Madras High Court.Amid furore over the ban, which many allege to be politically motivated, the Jayalalithaa government yesterday hinted at a compromise. She said the film could be released if Kamal Haasan can reach an amicable solution with the protesting groups.

Author adminPosted on November 5, 2013
NEW YORK: Pointing out that over 1,000 people, mostly Muslims, were killed in 2002 in the Indian State of Gujarat under his watch, Narendra...
Read More
In-Sync
Author syncmagPosted on March 18, 2013April 11, 2013
Victims of sex abuse by priests protest in Montreal They say now is the time for Cardinal Marc Ouellet to address the problem Several...
Read More