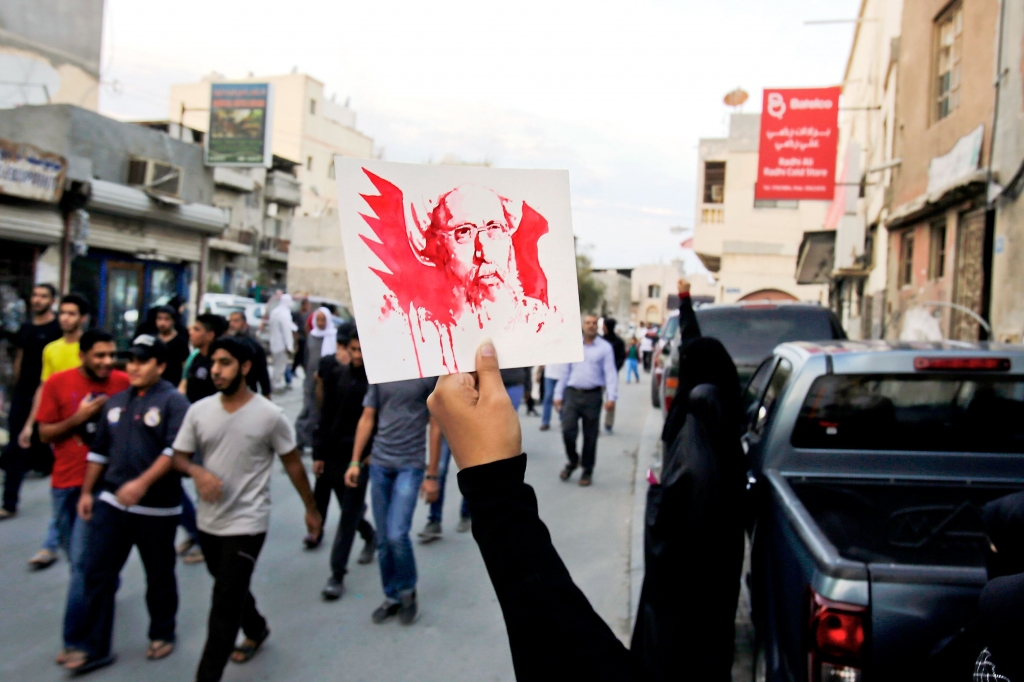 Saudi Arabia announced Sunday that it was severing ties with Iran, hours after Iranian protesters set fires in the Saudi Embassy compound in Tehran.

Saudi Foreign Minister Adel al-Jubeir said Iranian diplomats and staff had 48 hours to leave his country, the Associated Press reported. Tensions between the Middle East powers have intensified since the Saudis announced the execution Saturday of Sheik Nimr al-Nimr, a beloved cleric among Shiite Muslims known as a voice for free Saudi elections during the Arab Spring protests.

Al-Nimr was among 47 people executed by the Sunni-led Saudi government Saturday, and news of his death set off an outcry across much of the Muslim world. In Shiite-dominated Iran, angry protesters set fires and destroyed documents at the Saudi Embassy before security forces restored order Sunday, Iran’s ISNA news agency said.

Iranian President Hassan Rouhani criticized the embassy riot. “In no way is this justifiable and foremost disrespects Iran,” he said. “Such ugly acts (must be) stopped, and full security of political missions assured.”

More than 40 arrests were made, and more were possible, Tehran prosecutor Abbas Jafari-Dowlatabadi said. Iranian leaders asked that protesters gather at the public square rather than at “diplomatic sites,” ISNA reported.

Most of those executed by Saudi Arabia were Sunnis linked to al-Qaeda attacks in the kingdom. Al-Nimr was among four Shiites killed.

The U.S. State Department called on Tehran to protect the Saudi Embassy and urged both nations to avoid “exacerbating sectarian tensions.”

Spokesman John Kirby later said the Obama administration was aware of the Saudis’ severing of ties with Tehran. “We believe that diplomatic engagement and direct conversations remain essential in working through differences,” Kirby said.

In-Sync
Author syncmagPosted on March 15, 2013April 11, 2013
DHAKA: Syrian rebels who seized 21 Filipino UN peacekeepers in the Golan Heights want the Red Cross to escort them out of the area,...
Read More

Author adminPosted on December 4, 2014December 4, 2014
David Beckham wants the world to know that his new deal with Global Brands isn’t just about him. Along with American idol creator Simon...
Read More

Author syncmagPosted on January 24, 2013January 24, 2013
My question to Dr.Tahir ul Qadri…if you are speaking for the masses and quoting Karbala and Imam Hussain (A.S) as your driving force for...
Read More

Author syncmagPosted on February 13, 2013February 13, 2013
VATICAN CITY — The decision, delivered in Latin and in unemotional tones by Pope Benedict XVI to a gathering of cardinals on Monday, came...
Read More
In-Sync
Author syncmagPosted on March 25, 2013April 11, 2013
MONTREAL: Two prisoners who staged a daring weekend escape from jail in eastern Canada using a hijacked helicopter have been re-arrested, authorities said on...
Read More