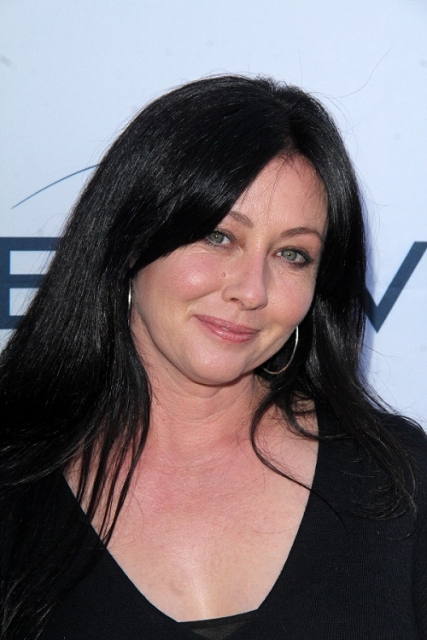 LOS ANGELES (AP) — Shannen Doherty is battling breast cancer that worsened during a lapse in her health insurance caused by her former business managers, the actress claimed in a lawsuit filed Wednesday.

The former “Beverly Hills, 90210” star claims that her former business managers and accountants mismanaged her money and allowed her health insurance to lapse last year.

Because of that, she said she didn’t go to the doctor until she had insurance and there was a delay in diagnosing her cancer, which will likely require more drastic treatments, including a possible mastectomy and chemotherapy.

Doherty, 44, received the diagnosis in March and her doctors have said earlier treatment might have stopped its spread, the lawsuit states.

“Tanner Mainstain is saddened to learn that Ms. Doherty is suffering from cancer and wishes her a full recovery,” the company’s attorney, Randall J. Dean, wrote in a statement. “However, the claim that Tanner Mainstain caused her to be uninsured, prevented her from seeking medical care, or somehow contributed to her cancer is patently false. Tanner Mainstain will aggressively defend all of Ms. Doherty’s claims in court.”

Author adminPosted on December 11, 2014
While Superman & Radha Nachegi from Tevar have gone on to climb the music charts , the newest song from the Arjun Kapoor &...
Read More
Sync Tainment
Author syncmagPosted on March 15, 2013April 11, 2013
On the occasion of International Women’s Day, falling on 8 March every year, Shahrukh Khan is taking a laudable initiative towards women. King Khan...
Read More

Author syncmagPosted on May 6, 2013May 7, 2013
Romance is an everlasting element of Bollywood love stories, but love has no boundaries. Our B’town celebs, who romanced each other on reel turned...
Read More
Sync Tainment
Author syncmagPosted on March 15, 2013April 11, 2013
We all know that Katrina Kaif has been advertising for the soft drink brand,Slice since 2008. Now this time we have Shahrukh Khan, who...
Read More

Author adminPosted on January 4, 2016
The official trailer of new Pakistani movie “BACHAANA – The Movie” is going to launch on Tuesday, 5th January 2016 in Karachi at a...
Read More

Author adminPosted on January 5, 2016January 5, 2016
Katrina Kaif and Ranbir Kapoor put all speculations about trouble in their relationship to rest with a kiss, a moment that was snapped discreetly...
Read More